Julien Ouellet began his career with Bernier Fournier, where he was quickly put to contribution in major cases. Attentive and devoted, he never hesitates in the defence of his clients’ interests and always remains open to alternative conflict resolution methods such as negotiations or settlement conferences.

Me Ouellet began his bachelor of law studies at Université de Montréal after a stellar passage at Cégep Édouard-Montpetit, where he was awarded the Édouard-Montpetit-Desjardins merit scholarship for the best academic performance in the Social Science program (administration profile).

He graduated in 2013, after a passage through the faculty of law that had given him the opportunity to actively sit on several committees. Thus, in addition to having taken part in the Amnesty International committee and the debate committee, Julien Ouellet also held the position of director of logistics of the law student paper titled Le Pigeon Dissident.

His studies also led him to China, where he attended one semester at the China University of Political Science and Law. There, he was given the opportunity to explore the Chinese legal system and familiarize himself with the international aspects of Chinese law such as foreign investments, China’s external trade policy and dispute resolution mechanisms.

Julien Ouellet completed a clerkship at the Montreal Municipal Court with the Honourable Bernard Mandeville from 2012 to 2013 and quickly discovered how our legal system works. Before completing his studies at the École du Barreau, he also worked as a legal assistant for a lawyer whose practice was situated on Montreal’s South Shore.

Me Ouellet went on to join the team at Bernier Fournier, where he completed his internship in compliance with the École du Barreau’s articling program. While he articled, Me Ouellet worked on files involving a variety of specific acts such as the Building Act, the Fisheries Act, the Municipal Code as well as the Bankruptcy and Insolvency Act.

Since then, Julien Ouellet has focused his practice on civil and commercial litigation and is frequently called on to work on major cases before the Court of Quebec, the Superior Court or the Court of Appeal.

Recognized by his peers for his knowledge in the field of civil law, Me Ouellet has worked as an accredited trainer for the Quebec Bar Association, pursuant to the mandatory continuing education of lawyers program, during conferences on the Code of Civil Procedure.

In his capacity as a lawyer, Me Ouellet represents clients in all fields where disputes may arise between two parties, namely contract law, property law, law of succession, labour law and civil liability. He is thus familiar with the variety of contracts that may lead to disputes: sales contracts, service contracts, rental contracts, employment contracts, corporate contracts, mandate contracts, loan contracts, surety contracts, insurance contracts, etc.

In civil matters, whether as a claimant or a defendant, Julien Ouellet has been regularly called on to handle major cases involving hidden defects, injunctions, disputes with insurers involving coverage, non-competition clauses to be invalidated or enforced, claims for damages following a civil or contractual fault, legal hypothecs to be registered or defended, etc.

In commercial matters, Julien Ouellet has namely been responsible for various files involving shareholder disputes, lawsuits against directors and disputes between a franchisor and its franchisees. His experience enables him not only to manage his files efficiently, but also to provide appropriate advice to his clients with respect to resulting strategic aspects and lead negotiations to completion, when appropriate, to amicably settle disputes.

Me Ouellet also handles account collection on behalf of several companies in addition to providing legal advice on corporate decision-making and contract drafting.

This wealth of cumulative experience is a major asset that Me Ouellet strives to have his clients benefit from on a daily basis. His entire professional and academic path indeed enables him to have an overall perspective of each of his files and effectively identify multidisciplinary solutions to litigious situations. 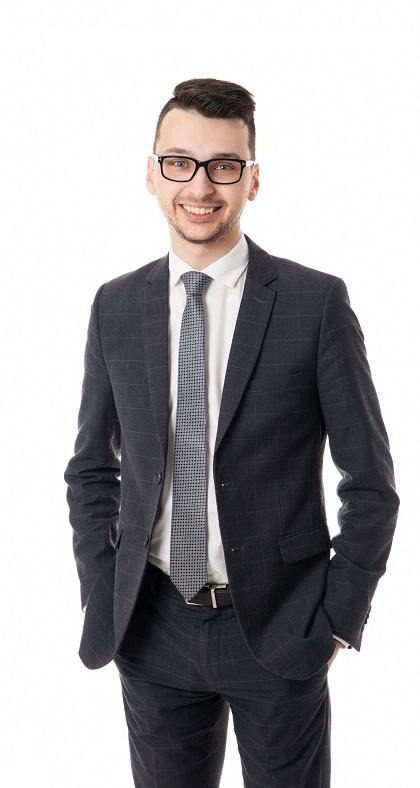