Marc-Antoine Pitre joined the Bernier Fournier team for his professional internship pursuant to the École du Barreau’s articling program. In January 2017, this Sherbrooke native was sworn in and chose to remain in the Drummondville area to begin his career as a lawyer with our firm.

Me Pitre focuses his practice on civil and commercial disputes as well as on different legal fields such as property law, labour law, insurance law, the law of succession, civil liability, shareholder disputes and proceedings against directors.

He also practises transport law and has been called on to advise and represent his clients in all spheres of activity in relation to this field of law, including during behaviour verification hearings or permit applications before the Commission des transports du Québec, as well as in relation to contract drafting and account collection. He also represents and advises his clients who receive statements of offence.

Marc-Antoine Pitre pleads on a regular basis before the Court of Quebec and the Superior Court, both in civil and criminal/penal matters. Being called on to work in a variety of files involving several law disciplines, he has developed a multidisciplinary approach to the analysis of the mandates entrusted to him, thereby providing his clients with better service. Furthermore, he does not hesitate to assess all possible options—including alternative dispute resolution methods—with his clients.

Me Pitre received his bachelor of law from Université de Sherbrooke in April 2015 and was awarded a scholarship for having obtained the highest grade of his cohort in the course on labour law.

Involved in his community, Marc-Antoine Pitre has been a volunteer ski patroller within the Canadian Ski Patrol System for several years at Mount Orford, where he also teaches first aid. 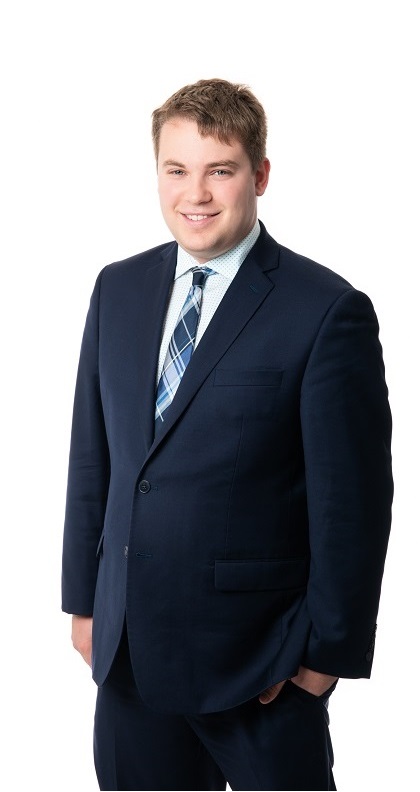